Mormedi participated in the initiative Future Cabin for the Asian Market (FUCAM), a three-year EU–Japan collaborative project led by Airbus.

As the father of the Memphis design collective of the 1980s, Ettore Sottsass is perhaps best known for his bold use of colors, his flashy graphic patterns and generally playful aesthetic. But it was his ability to embrace formal experimentation while tuning into the relationship between people and their things that Jaime Moreno, CEO and founder of Mormedi, admires most about the Italian designer he calls his icon.

It was 1968, well before the formation of Memphis, when Sottsass convinced Olivetti to manufacture what would become its signature portable typewriter. It had a bright red body and was named Valentine – Sottsass believed poets and intellectuals could take it on the go. Moreno calls it one of the foremost examples of purpose-driven design: “One of Sottsass’ greatest qualities is that he gives functional objects attractive shapes. If we talk about [French designer] Philippe Starck’s stools [known for their sci-fi-inspired sinuous shapes], for example, we can say that he sacrifices function for form. But Sottsass has always given his designs a purpose while using playful forms.”

To Moreno, good design hinges on functionality. This is evidenced in Mormedi’s work on Iberia’s business-class seat, which features a secure pocket that can be used for wallets or other important personal belongings, and the Future Cabin for the Asian Market (FUCAM), a three-year EU–Japan collaborative project led by Airbus, for which it participated in the design of a lower-deck passenger area.

“Airlines leave up to 50 percent of the cargo space unused,” Moreno says. “We took our philosophy of purpose-driven design and, alongside Airbus, Jamco and the other members of FUCAM, created facilities that use the existing cargo space in a modular way and provide a fixed installation with lowered floor, where restrooms, experience areas or an ‘Airlounge’ could be installed.” Airlines can generate ancillary revenue from the services offered in this space, he adds.

With technological advancements like sensors and biometrics in the offing, Moreno expects Mormedi will gain access to the data needed to keep drilling into passenger needs, ensuring that user functionality is never sacrificed for the sake of form. “All of our years of experience have demonstrated that no business idea or product will succeed unless it is customer-centric,” he says. “So we always try to nudge our clients’ vision in that direction.”

“It Takes Ten” was originally published in the 10.2 April/May issue of APEX Experience magazine.

If you would like to learn about how Mormedi can help your company innovate in aviation, contact us at madridHQ[at]mormedi.com.

“The power of design to create a better future” 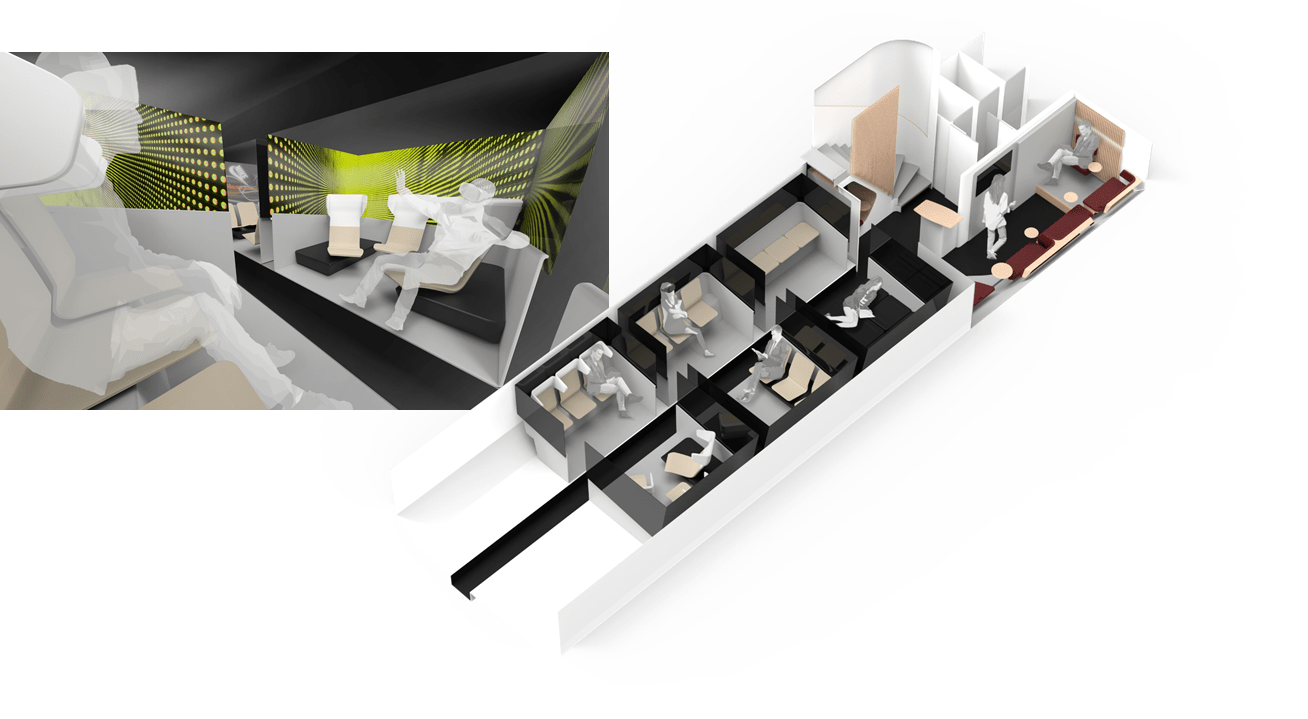